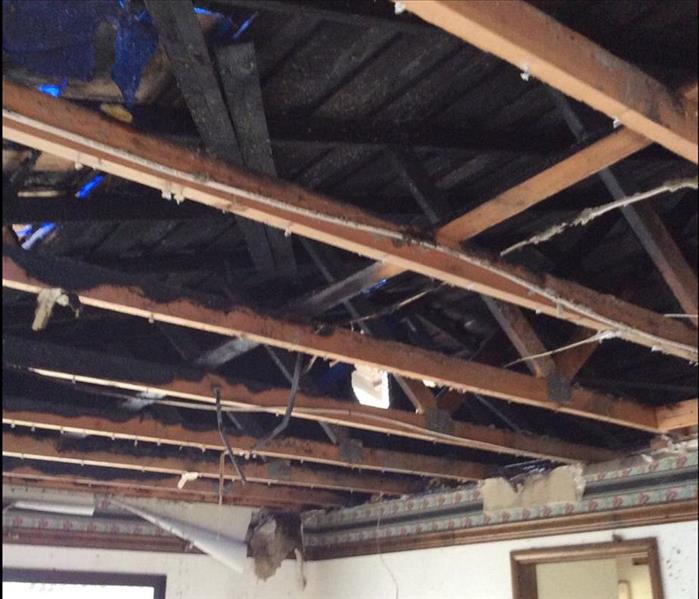 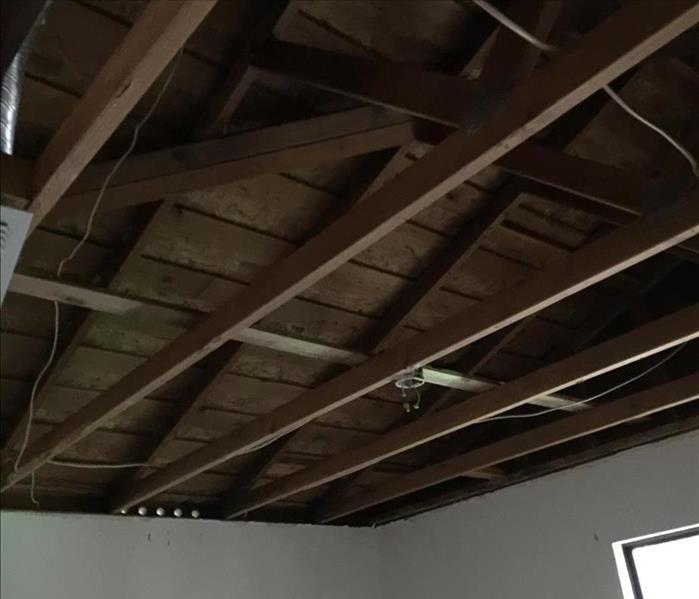 The before photos shows the rafters of a second story after a large residential fire. Many rooms were affected by the physical fire; bathroom, hallway, bedrooms; however the entire home had smoke damage. When we first arrived on the scene we made sure to board up the roof to stop any future weather damage. The after photo shows the same rafter after we completed our remediation, which took about two weeks. Almost the entire second floor needed to be taken down to bare studs. The homeowners told us they were so incredibly happy with what SERVPRO did for them, and that SERVPRO helped them get through a very traumatic time by giving them piece of mind.

View More Before & After Photos