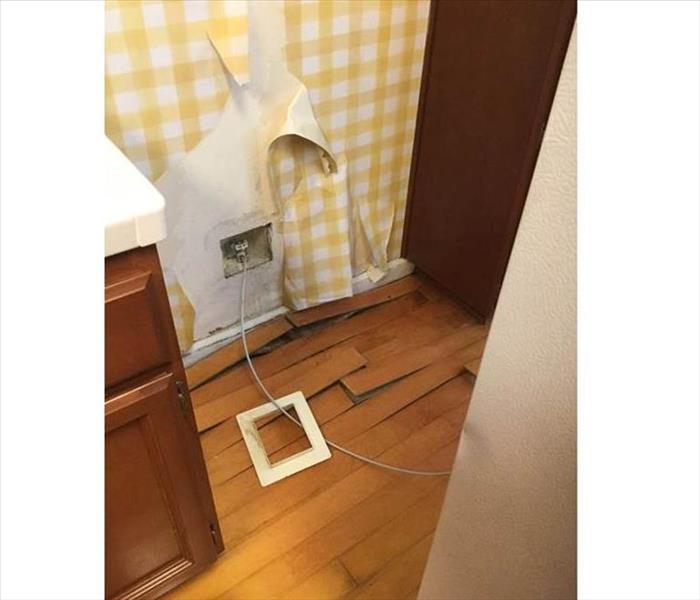 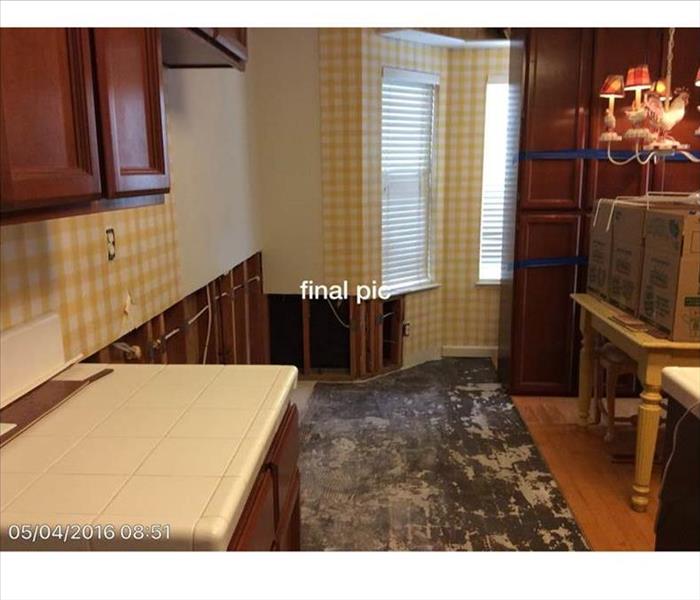 The before photo shows the affected area when our homeowner realized their water supply line had been leaking to their fridge. They don't know how long it had been leaking but it must have been awhile. Once we got there we started by taking out all the removable items and drying/cleaning them. The built in cupboards were carefully removed and dried. Once everything was removed we could see how much damage the water had actually caused. The lower part of the drywall needed to be taken out and only part of the flooring was affected. The after photo shows the area cleaned and dried and was taken 1 week after we arrived on the scene. Our crew was able to save the built in cupboards so the homeowner could re-install them later. The homeowners were overjoyed at our quick response and that we were able to save as much as we did.

View More Before & After Photos